Happy new month of December! For me, this year has flown by. Feels like just yesterday I was on my way to the hospital to have my second child and now here I am, back on stage doing what I love to do most. Last night I was the headlining act at the Republic bar and grill in Osu and it was a great show. 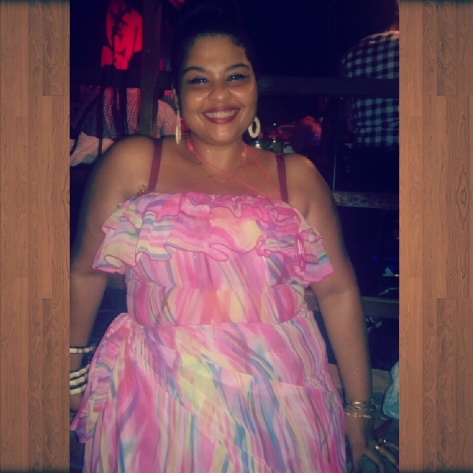 The show started on a soulful, jazzy note with “Yellow Moon” and hit tracks like “I put a spell on you” and “it’s a man’s world”. The first set ended with an acoustic performance featuring Ali Diarra from Burkina Faso. The audience seemed to really enjoy this set and I really did too.

The night had started out right. And it just kept getting better and better.
Once we got into the Reggae hour, the crowd was hyped. Naya Plange delivered amazing renditions on his electric guitar, followed by A.J Lyrix – amazing vocalist who kept the crowd in the right mood. 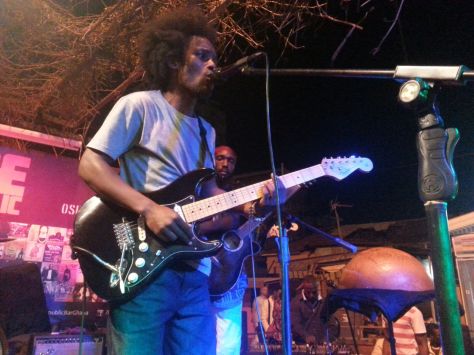 Jahwi and Knii Lante followed suit with energy packed performances but it was Osagyefo who scattered the whole yard when he dropped the “bam bam riddim”. Of course we jumped on it and had the crowd dancing their sorrows away.

The night ended with some afro beat music from my upcoming album not to mention some more dancing and cheers from the crowd.

I think what was really cool was the presence of many members of the musical fraternity last night. Uncle Ebo Taylor came to me to personally offer his blessings and described my voice as “superb”.

Panji’s favourite part was the Kora section but the ghetto youth were all about the Reggae. The expats were touched by the soul and afro beat sessions. All round an amazing show!